The Black Pudding Of The Dubstep Mix Game 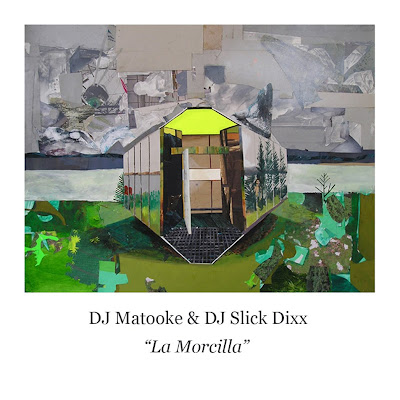 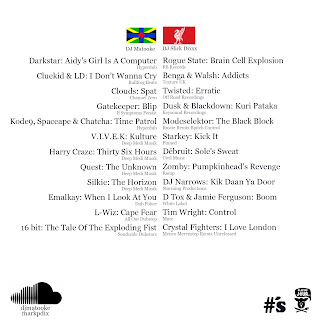 Dj Matooke of Finland and myself of in front of this computer present to you a carefully selected mince-up of dark and meaty sounds and concepts.

This one has a particularly dubstepped leaning and should start warming cockles before the announcement of the enormous Sònar showcase that will find its way into your mentals any day now.

La Morcilla by Slick Dixxx
Posted by Mark D. at 9:24 AM 2 comments:

This Frenchman was classically trained as a pianist when a child.  House and techno come along and he's got a different perspective on music, and begins to put tracks out on independent labels that have not stuck in the mind.

Going back to his roots, and with the encouragement of one of electronic music's more open minds, he came to the attention of many with Modern Rhapsodies, which include intricate covers of banger-langers such as this:

Comparisons to Nouvelle Vague are inevitable, and the group's producer Marc Collin has done the polishing of his new collection, 'Novö Piano', out now on Discograph records, and illustrating a new myriad influences, let's have a listen of this to give us an idea of what's what.

This man needs to come play at La Palau De La Musica or L'Auditori on a Sònar Sunday.  So say I.
Posted by Mark D. at 6:18 AM No comments:

And You Don't Stop

Trying not to let this week turn into a complete wrecking session punctuated by football watching and studio time, but

One from Rich... For the weekend crews...

Posted by Doddington at 12:38 PM No comments: 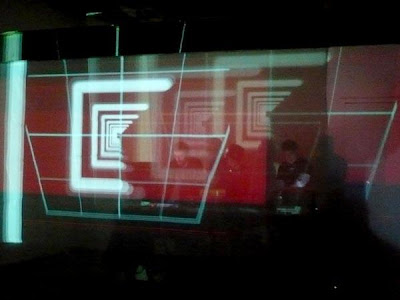 After a week of no weekly wig out we're back with an underground wig-out of untold interest and complexity!

For tonight play Texas Sci-Fi, brought to you by the transient locals 'A Viva Veu' at the perenially worthy Miscelanea gallery/social in deepest darkest Raval.

Despite not hailing from Texas, these nens de Terrassa combine strange radioscapes of white-noise and radioactive beats with geometric space visuals from the sixties from the seventies to freak you out and fill your mental with the type of anxious wonder you recall from '2001 A Space Odyssey'.

STAY CROOKED!
ENJOY THE LEAN!
BIG POSTS N YELLA TOASTS!
ENJOY THE PURR RIGHT HURR!!!
IF YOU STILL DON´T KNOW YOU BETTER GET KNOWING! FOR ENHANCED LIFE GO TO:
www.crookedruler.com
Posted by Mr Bricks at 1:49 AM No comments: 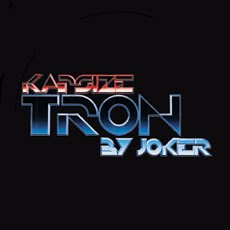 Posted by Doddington at 12:03 PM No comments:

This track is ridiculous. It's a true dancefloor smash and something the Jamtech boys have been cooking up for some time. It's available from this crew! Expect a WHOLE album for free shortly but don't sleep on this limited 12" ft. remixes from Zombie Disco Squad and Julio Bashmore!!

Posted by Doddington at 11:31 AM No comments:

Truly sounding like the beats of the year. Fresh productions, live recorded instrumentals and TRUE appreciation of all things BASS. Here is Mwëslee ladies and gentlemen... CLICK TO PREVIEW! 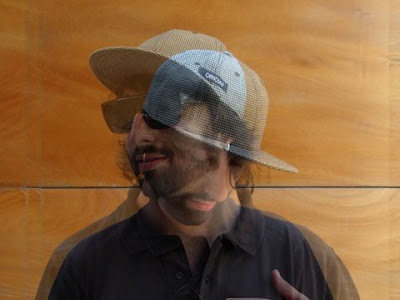 Posted by Doddington at 7:35 AM No comments:

...oh and some chancers called GRECO-ROMAN SOUNDSYSTEM whose mix on this week's Shir Khan show (Radio Fritz) is off the scale... You can check it out HERE! 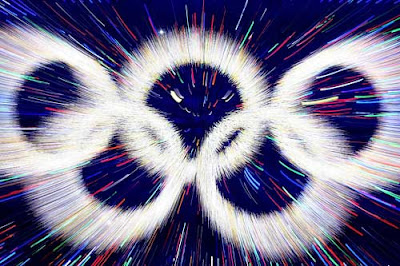 Posted by Doddington at 5:00 AM No comments: 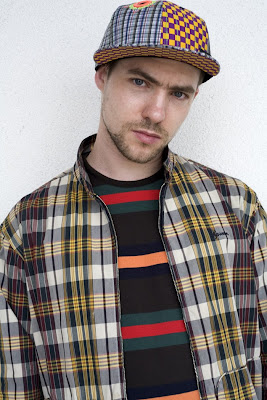 Sinden is back in town and it's my birthday today so that can only mean one thing.  Everyone who wants to get loose to some of the most hallucinogenic dancefloor carnage on the planet better be at Nitsa at Apolo Saturday night and anyone who wants in my good books better be cueing up to buy me rum and ginger ales or at least letting me hit they hip flasks because I turn 30 this weekend and the only way is UP.


From label Planet Mu & Harmönia comes Eero Johannes with a new crankalicous album and here is a smashing track that brings the Himalayas straight down to Hell and back ready for a shot of that purple!
Check his myspace for more info!
Posted by Mr Bricks at 1:56 AM No comments:

Before Diplo ever got his sticky mitts on Skerrit Bwoy....

Some flashback material for old school electro and synth type madness!!! Click right here for a mix that just makes me wanna bash someone the fuck out right now!!! Amazing mix people!! 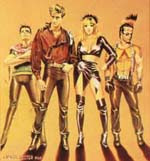 Wild Weekly Weekend Wig Out Of The Week! 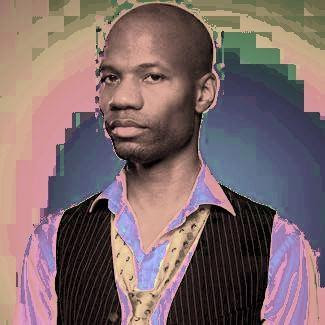 ...would have been Green Velvet last night, but the PDJ squad were all tied up and also that would have meant two weeks on the trot at Razz and that wouldn't have been fair really.  Razz already have a stranglehold on Barnawood's clubbing scene so let's spread the love round.
So this week's Wig Out involves another kind of green velvet: smoking smelly sticky-icky Indo-Chinese green velvet!  That's right: The Chronic 2001, 2010 style!  Yes, roll it up, pass it up and smoke it out with DJ Slick Dixx and Taser T on the remix detail, especially prepared for the modern clubber with the west-coast background.
That club blunt is al ready for your listening and downloading delights on my soundcloud, which may very well appear beneath the artwork. 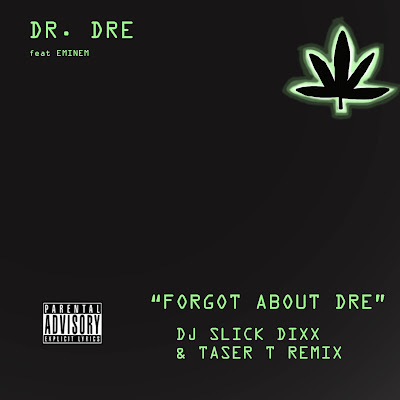 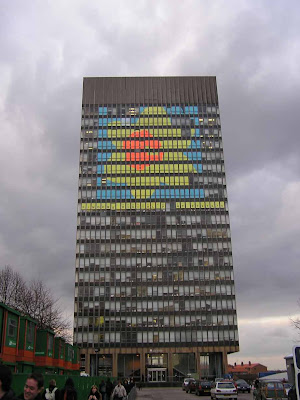 I first met Rob Gordon whilst working as a gopher for Lights Down Low in Sheffield, one of the untold amount of events that he has sound-engineered since the age of fourteen, when he would build sound systems for clubs and then have to sneak in through the back door to hear them in action, being under-age and all.

I thought little of the quietly-spoken bedreadlocked man of humble demeanour, but have since started to understand the immensity of his contribution to electronic bass music, not least his role in co-founding Warp Records.

This is a link to a tremendous interview with him, where he details the early years of parties in Sheffield, his adventures in producing, and his beef with modern studios and even cross-faders.

Extraordinary Events At The (Vampire) Weekend 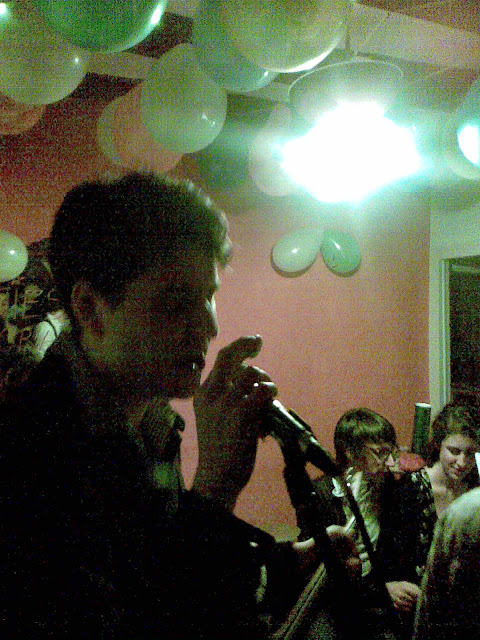 I unfortunately missed out on Crookers due to a bloodsucking tyrant boss of mine who insisted I work on Saturday morning.  Any verdicts?

In an attempt to make up for this, and to celebrate my cuñada's birthday, myself and DJ Natufa played at a house party in a tiny flat in town, either side of a mate of a mate's band.  Quite an ambitious set-up for a wee space but one that worked last year and this year too.

Some travelling Americans turned up halfway through the night, and were persuaded to bang out a couple of numbers, to an appreciative and enthusiastic crowd.  Yes, the fresh-faced jovenzuelo we can see in the picture above belongs to Ezra Koenig, lead singer of one of our favourite groups of the times, Vampire Weekend, who played 'A-Punk' and 'Cape Cod Kwassa Kwassa'.

Footage of this mini-impromptu moment of magic exists and will be posted when I can track it down.

Everyone go cop their new album 'Contra' as they deserve every success for being talented and sound in equal measure.

P.D. David, one of the hosts of the party, was interviewed on Radio 3 Nacional this morning about the happening!  On the blog of the show they have put a little article and this is the footage from youtube: 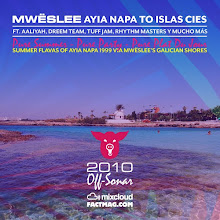 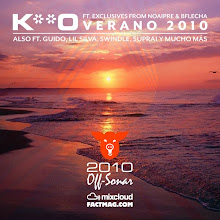 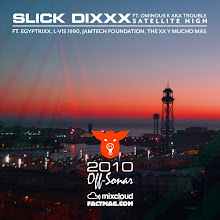 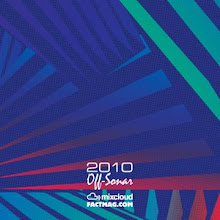 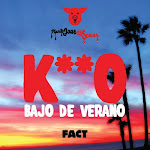 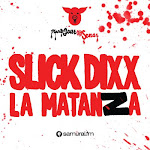